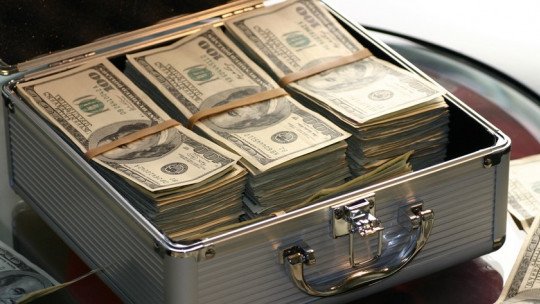 We often hear people attribute their economic status to their “wealthy mentality”. This ambiguous concept is often identified with personality variables, such as perseverance, willpower or self-sufficiency, and with intellectual capacity.

Nevertheless, and although there are psychological studies that confirm that personality and intelligence have a certain weight in professional success, the truth is the philosophy of the “rich mentality” is fallacious because the level of income depends to a greater extent on external factors that are beyond the control of the individual.

How do you measure intelligence?

The most common way of measuring cognitive abilities is by using intelligence tests, which assess the performance of the person who answers the test in global skills such as verbal or abstract reasoning.

Intelligence tests often measure “intelligence quotient” (IQ). IQ is calculated by comparing a person’s score with those previously obtained by others of his or her age; if the score is 100 the subject will have an average IQ, while the further away from this number the greater his or her distance from the average.

The well-known tests that consist of choosing which figure from four options is the most suitable for completing a series are good examples of IQ tests.

Aptitude tests are another way of measuring intelligence, although they include more aspects. These tests measure different skills such as reasoning, calculation, verbal or mechanical skills. Unlike the IQ tests, the aptitude tests do not only measure intellectual skills and are mainly used in employment guidance and in personnel selection.

How does intelligence influence the economic level?

A low IQ is related to lower capabilities , especially at the verbal level and in relation to abstract reasoning. This may make it difficult for people with intellectual functional diversity to access certain activities and professions.

The scientific literature states that, while very low intelligence makes it difficult to achieve high economic status, having a high IQ only explains 1 or 2% of the income level. Aptitude tests predict wealth better than IQ tests, since they relate to more concrete and relevant skills for certain professional roles.

Furthermore, even if intelligence explains people’s economic success, IQ is largely inherited from parents and mothers. In other words, it has little to do with willpower, and from puberty the results of intelligence tests applied to a person become very predictable.

In any case, if we talk about the influence of psychology on the economic level, personality seems to have a more relevant role than intelligence.

The most popular personality model today is what we know as the “Big Five Factor Model” or “OCEAN Model”, which stands for the personality variables that make it up.

According to the model, these five major personality factors are manifested in each person at one point on a two-pole continuum: Extraversion-Introversion, Neuroticism-Emotional stability, Responsibility-Negligence, Kindness-Antagonism and Openness to Experience-Conventionalism.

Each of these factors comprises a series of personality sub-factors . For example, the Responsibility factor includes the need for achievement and self-discipline, and shyness and impulsiveness are included in Neuroticism.

The influence of personality on the economic level has been analysed using the model of the five major factors. A study by Borghans and his collaborators states that the Responsibility factor is the one that explains most of the financial success.

The construct “Responsibility” includes perseverance, self-discipline and industriousness, among other characteristics. Borghans’ team states that, as with IQ, these variables increase academic and later work performance.Other personality factors are also important. Openness to experience increases performance , while an excess of introversion or neuroticism can make it much worse.

Unlike the IQ, these personality attributes are more modifiable , so people who promote the development of a “rich mentality” (as happens in some websites and businesses on the Internet) tend to give them more weight. We are also less likely to become rich if our social skills are poor.

On the other hand, scientific research also gives more importance to personality than to intelligence. Even so, on a global level other non-modifiable variables play a much more relevant role than psychological ones.

The two factors that most influence the economic level of any person are their country of birth and the income level of their parents . According to studies, these variables explain approximately 80% of economic status, while it would be difficult to attribute more than 5% to psychological variables.

The economic level of the parents influences the level of the children in many ways. Perhaps the clearest effect is improved access to educational opportunities, especially in countries where equal public education does not exist.

These differences are particularly notable in societies where socio-economic mobility is very low , such as those organised through a caste system.

The concentration of money explains the inequalities

According to economist Thomas Piketty, known for his historical analyses of the evolution of the economy in various countries, in societies where heritage is of little importance, work has a much greater weight in enrichment.

On the contrary, the more assets are concentrated in a small number of people the more difficult it is to become rich through one’s own efforts. The stagnation of the population that is currently taking place in most of the world further increases this accumulation of wealth.

In addition, having savings and property is usually much more profitable than getting money from work, especially if you start “from scratch”, as is the case with working class people.

Thus, the current economic trend worldwide promotes that wealth depends more on the economic level of the parents than on effort or. Of course, personality and intelligence variables also contribute to socio-economic mobility, but they have a much lower weight, closer to that of luck.

Explanations that attribute wealth only to effort and ability dismiss more important unmodifiable variables such as our family. Although effort or luck are indispensable to become rich, we must not forget that the best way to earn money is to be born having it.