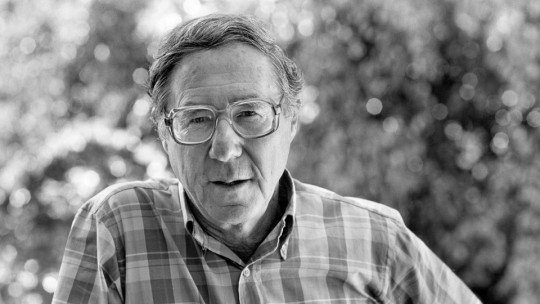 The humanist orientation in psychotherapy , which emerged as a “third force” in the face of the predominance of psychoanalysis and behaviorism, promotes the conception of people as beings oriented towards the good, individual development, the recognition of one’s own strengths, creativity, the adoption of responsibilities and the experience of the present moment.

In addition to Carl Rogers’ person-centred therapy, Jacob Levy Moreno’s psychodrama, Fritz Perls’ gestalt therapy, or Abraham Maslow’s existential psychotherapy, among this set of therapeutic interventions we find some less known, such as the reality therapy developed by William Glasser .

Psychiatrist William Glasser (1925-2013) was born in Cleveland, Ohio. Although he graduated in Chemical Engineering at the age of 20 and dedicated himself to this profession for a while, he later chose to focus on his true vocation: human life. In 1949 he completed a Master’s degree in Clinical Psychology and in 1953 he received his doctorate in Psychiatry.

Glasser finished his studies working with veterans of World War II , a task he continued to pursue until he was expelled from the Veterans Administration Hospital for his opposition to Freud’s ideas, which predominated among the board of directors of this institution.

Later he worked with girls with criminal behavior problems; at this time he began to develop the ideas that would make him a famous author. In 1957 he opened a private psychotherapy clinic in Los Angeles, California, where he would work until 1986. As his career progressed, Glasser shifted his focus to teaching and outreach.

In 1965 he developed his best known contribution: Reality Therapy , an intervention that is framed in humanist psychology and focuses on the acceptance of reality by people who are dissatisfied with their current life conditions. For Glasser, the core of therapeutic change is the human capacity to decide.

The theory of selection

In the late 1970s Glasser developed his theory of human behavior, which he eventually called “Choice Theory. His work was based on the contributions of William T. Powers, with whose point of view he clearly identified after becoming familiar with it.

The core idea of Glasser’s theory of selection is that people’s dissatisfaction with their interpersonal relationships is due to the biological need to have power over others and to force them to do what they want. The aim of his theoretical contributions was to help people respect each other.

The theory of selection proposes the existence of a “World of Quality” in our mind . This consists of images about our personal conceptions of relationships, beliefs, possessions, etc. that we consider ideal. This World of Quality develops during life from the interiorization of aspects of reality.

Glasser stated that we constantly and unconsciously compare perceptions of the world with idealized images, similar to Jungian archetypes, that make up the World of Quality. Each individual tries to make his or her life experience consistent with what he or she considers to be the model to achieve.

Glasser’s theory of selection is completed by the 10 axioms described by this author :

William Glasser’s reality therapy aims to achieve concrete goals through problem solving and good decision-making. It is about helping the client to achieve his personal goals by analyzing his current behaviors and modifying those that interfere with the goals.

This psychotherapy focuses on the present moment and on improving the conditions of the future; this is opposed to the strategies of many of the clinical interventions that existed at the time that Reality Therapy emerged, which were mainly interested in the person’s past and personal history.

Glasser described five basic needs: love and belonging, power, survival, freedom and fun . The therapist must collaborate with the client so that he or she can satisfy these needs; according to this author, people who seek therapeutic help with this objective reject the reality in which they are immersed.

Thus, Glasser attributed the psychological and emotional problems to the unsatisfactory results of the clients’ behaviors, and not to the fact that the social and legal context, or the person’s own demands, may be too strict. The therapeutic emphasis is on what is under the control of the client.

Therefore, for Glasser the “cure” for dissatisfaction consists of the assumption of responsibility , maturity and awareness greater than those that exist today. Therapeutic success would be related to the fact that the client stops rejecting reality and understands that he will only achieve satisfaction by working on himself.