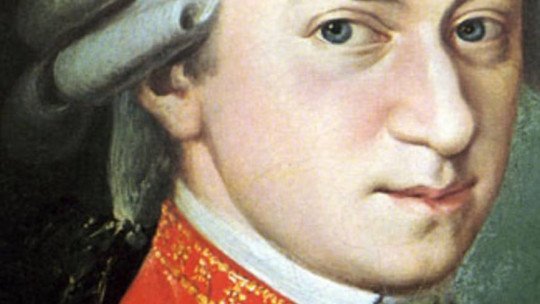 Wolfgang Amadeus Mozart (1756 – 1791) was one of the most acclaimed and remembered classical composers and pianists even in our time.

Born in the cradle of classical music, Austria, he developed a precocious and incredible career in which he embraced any musical style of his time, from symphonic music to chamber music, operas, piano pieces… His works had a diffusion that went beyond the European borders.

To try to understand the brilliant creative mind of the master of Classicism, we have set out to make a compilation of the best phrases of Wolfgang Amadeus Mozart . Pure talent.

1. The most necessary, difficult and main thing in music is time.

Great sentence by Mozart about the essential element for a correct musical composition.

About his ego, based on what he thought was necessary for his emotional side.

3. Music is the only path to the transcendent.

4. Melody is the essence of music.

Another reflection on the art he mastered.

5. If Germany, my beloved homeland, of which you know I am proud, does not accept me, then I must, in the name of God, stay in France or England and be ashamed of Germany as a nation.

On which he always considered as his second nation.

6. In Salzburg I do not know who I am, I am everything and sometimes nothing, but I do not ask for so much, and at the same time I only ask for that – but only something – … if I am only something somewhere else I would know.

About his hometown, Salzburg, in a convoluted explanation.

7. The only thing I dislike about Salzburg, and I tell you this from my heart, is that no proper social relationship can be established with these people, and that the music has no better reputation and that the archbishop has no faith in the intelligent people who have travelled.

A small reproach to the city that saw him born.

8. If the emperor wants me, let him pay me, for the honour of being with him alone is not enough.

A token of his superb restraint.

9. Death, to call it by its name, is the real purpose of our life. That is why for some years now I have been in contact with this true friend of man.

A particular view on death. Wolfgang Amadeus Mozart died at the young age of 35.

10. There’s only one thing worse than a flute, two flutes.

Amadeus’ pessimistic vision when he was commissioned to compose The Magic Flute .

11. A priest is capable of anything.

Mozart was critical of the Church establishment.

12. Neither a sublime intelligence, nor a great imagination, nor the two things together form the genius; love, that is the soul of the genius.

Feelings translate intelligence into a work worthy of admiration.

13. It is a mistake to think that the practice of my art has become easy for me. I assure you, dear friend, no one studies as much as I do.

A tireless student of music, he couldn’t stand anyone questioning his commitment.

The first authority figure, God; the second, the lord of the house.

15. Give me the best piano in Europe, but with an audience that does not want or feel with me what I play, and I will lose all taste for the performance.

On the need for the public to give in to the genius.

16. Give my dog Pimperl a portion of Spanish tobacco, a good bread and three kisses.

A nice phrase by Mozart that lets us see his more human and domestic side.

17. If I told you everything I do with your beloved portrait you’d laugh. For example, when I take it out of its dungeon, I say to it: good day, my dear! Good morning, good morning, you little brat, you naughty, spiky-nosed, little boy.

On the line of the previous one, bringing out his tender side.

18. In an opera, poetry must necessarily be an obedient child of music.

The hierarchy between the arts, with the aim of achieving perfect harmony.

19. No one can measure his own days; he must resign himself. It will happen as providence wishes.

About death. One of those Mozart phrases that alludes with a certain optimism to the idea of dying.

Phrase about friendship, a necessary torment for the life of any human being.