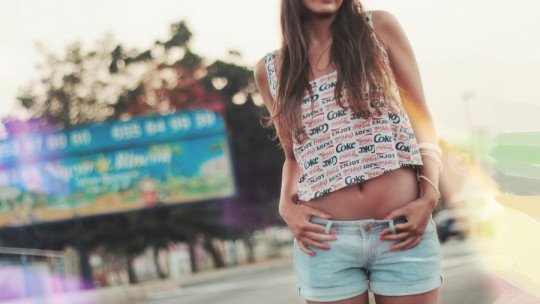 We have always been told that beauty is within, that love is more than just physical.

But is this really so? Is it really important to have a good body when it comes to being in a relationship? A recent study seems to indicate that it is, at least in the case of men, since 94 percent of men would leave their partner if he got fat .

The study was carried out by the PnK® Method of PronoKal Group® , an organisation dedicated to the multidisciplinary treatment of weight loss. The study included 150 Spanish subjects who were surveyed on the occasion of Valentine’s Day.

The professionals of this company wanted to know how Spaniards think about obesity and overweight and what consequences this condition has on life as a couple. Some of the questions were aimed at knowing to what extent this fact affects or does not affect relationships and what effect overweight has when it comes to getting a partner .

Seventy-five per cent of respondents said that their partner’s overweight negatively affects their relationship, and participants explained that the problem lies mainly in low self-esteem (52 per cent), sexual problems (31 per cent) and problems having children (16 per cent).

Most men would leave their partners if they got fat, but women would not

But, is overweight enough reason to leave the couple? According to the men surveyed, it is. Up to 94 percent of the men shared this belief. This seems to make it clear that physicality, in the case of men, is very important when it comes to having a relationship with someone.

And in the case of women, what happens? According to the women who answered the study’s questions , only 6 percent would leave their partner if they put on weight . Very different data.

As far as attraction goes, are tastes so different between men and women?

But are men’s and women’s tastes so different when it comes to having a partner? Well, it seems to be, according to different research.

One example is a study conducted by the University of British Columbia (USA) that was published in the American Psychological Association Journal . According to research findings, for men, women who smile more are very attractive . For women, however, the results were quite the opposite. For them, the men who are considered more attractive are those who show a more serious trait and smile less.

In addition, a recent study seems to indicate that men prefer them dumber and less reflective. This is contrary to what several experts say, who claim that women, when it comes to having a partner, value intelligence more than men. This is what is known as sapiosexuality .

I’m sure you’ve met someone who, after starting a relationship, has put on a lot of weight. Some individuals, after finding their better half, start new habits and behaviors. Some of these habits have to do with nutritional habits, that is, the way we eat. This led the Spanish Society for the Study of Obesity (SEEDO) to carry out research on the relationship between being in a relationship or being single and the repercussions of this situation on the tendency towards overweight.

Their study involved no more or less than 2314 subjects, the vast majority of whom were middle-aged women (between 31 and 40 years old). 81% of the participants stated that their relationship had made them gain weight .

The results show an average weight gain of 4.5 kg when the relationship is well established. According to the participants themselves, the cause could be that when you are single you control your eating habits in order to have a more attractive image . On the other hand, once you are in a relationship, this habit loses importance and you tend to get fat.

What is the importance of being overweight to find a stable partner?

As the study by PronoKal Group® concluded, this study confirms that 73% of people surveyed think that being overweight has a negative effect on finding a stable partner, but only 38% say that this is still just as important when it comes to maintaining an established relationship.

You can learn more about these results in our post: “Love is fattening, or at least it seems to be”