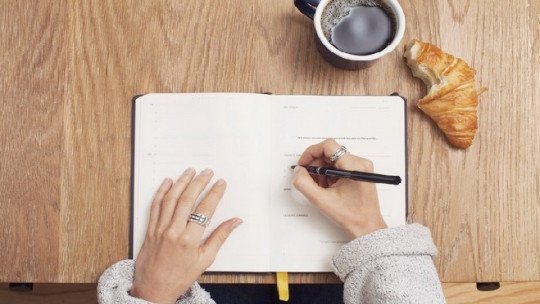 From the primitive sounds and gestures emitted by Homo habilis to the complex languages developed by Homo sapiens , the human being has the capacity to take everything that happens in his head to the outside through diverse sounds that have been assigned a meaning.

Through language, we can talk about things that happened years ago, plan an event for a month from now, or simply communicate our feelings and concerns to a friend.

But this capacity to exteriorize our thoughts is not limited to language, but also to what and thanks to various technologies we can record our cognitions in the environment . From the cave paintings in which our Palaeolithic ancestors represented their lives and customs, through the writing of books or this very article, to the sending of a WhatsApp message, the capacity for symbolic representation allows us to communicate our thoughts so that anyone who has access to the means of presenting them can come into contact with what we were thinking at that moment.

The Psychological Effects of Writing

But the effects of writing do not only go from us outwards; it also has an impact on the writer. Besides communicating, writing also allows us to order our thoughts , going from a chaotic flow in our mind to a linear structure on the paper.

“Words make noise, they smudge the paper and anyone can see and hear them. Instead, ideas are trapped inside the head of the thinker. If we want to know what someone else is thinking, or talk to someone about the nature of the thought, we have no choice but to use words.” (Pinker, 1994).

What effects can writing have on our health?

As for the title of this article, it seems that literally writing can help to speed up the process of re-epithelization of a wound . But not just any kind of writing will do.

In a study by the University of Auckland, Koschwanez and his collaborators (2013) investigated how expressive writing would affect wound healing in people over 60, as this is the population group in which immune function is most impaired. The reduction in the speed of healing is often associated with symptoms of stress and depression .

The method of expressive writing usually consists in that, on three consecutive days, the person must write for 20 minutes about the most traumatic experience he or she has had , emphasizing the feelings, emotions and thoughts during this stressful event.

How was the study conducted?

To test their hypothesis, these researchers assigned the subjects to two conditions. On the one hand, some had to perform this expressive writing procedure (intervention group) and, on the other hand, the control group had to write 20 minutes a day for three consecutive days about what they would do the next day, without referring to emotions or thoughts.

To measure the healing capacity, two weeks after the first writing session a 4 millimetre skin biopsy was performed on all participants. Over the 21 days following the biopsy, a dermatologist periodically examined the wounds, categorizing them as “healed” or “unhealed,” with the term “healed” being understood to mean complete healing.

Previously, on day 7 a difference was already observed, with 27% of scarring in the expressive writing group compared to 10% in the control group . The authors hypothesize that these results are due to the fact that expressive writing favours the cognitive processing of traumatic events, perceiving the event from another perspective and reducing the stress it causes. This reduction in stress would produce positive effects on the immune system, which would favour processes such as wound healing.

These results support other studies in which high levels of cortisol, a hormone released in response to stress, have been found to play a negative role in the speed of healing. This beneficial effect of expressive writing has also been seen in other pathologies whose symptoms are, in part, modulated by stress, such as AIDS (Petrie et al., 2004) and moderate asthma (Smith et al., 2015).

What effects can expressive writing have on our mental health?

Focusing on the psychological effects of expressive writing, numerous studies have investigated its benefits in both normative and at-risk populations. For example, Krpan and colleagues (2013) wanted to measure the effectiveness of expressive writing as a complement to other interventions in people diagnosed with Major Depressive Disorder, according to the DSM-IV.

The study procedure was the same as mentioned above, participants in the intervention group would write 20 minutes a day for three days about their deepest feelings regarding a traumatic event. Participants were given a series of questionnaires and cognitive measures before the intervention, one day after the intervention ended, and four weeks later. Among these assessment systems was the Beck Depression Inventory.

Regarding the results obtained, one day after the end of the intervention, the reduction of depressive symptoms was already significantly higher in those who had written about their feelings , emotions and thoughts compared to the measure before starting the experiment and, also, compared to those who wrote about their future activities. This reduction was maintained when participants were re-evaluated four weeks after the intervention, even obtaining subclinical scores.

What psychological processes explain these benefits?

After a series of studies, Park, Ayduk, and Kross (2016) found that when people write about these traumatic events, what they do is alter the perspective from which they view the problem, that is, changes the way they cognitively represent the event .

According to these authors, at first, when someone analyzes a negative event, they experience it again through their eyes, that is, the person who analyzes the event is the same person who tries to reason about it internally. Therefore, putting feelings, emotions and thoughts on paper would cause us to adopt a more distant perspective on the problem. That is, we would go from reliving the experience in the first person to remembering it as something alien to us , similar to how we would see a movie or read a story that happened to someone else.

By being able to perceive the context of the negative event in a broader way, those affected can construct a narrative about it, giving it a meaning and a series of different explanations. All these processes would reduce the aversion of memory, allowing this, according to Park and his collaborators (2016), less emotional and physiological reactivity. These effects would lead to an improvement in mental and physical health, and thus in the quality of life.

In conclusion, due to the low economic and time costs that this activity requires, it should be considered as a possible alternative and complement when facing events that affect us emotionally.

Just as we turn to our closest environment when a problem occurs and we want to feel its support, a paper and a pen could also serve as a method of support in difficult times .