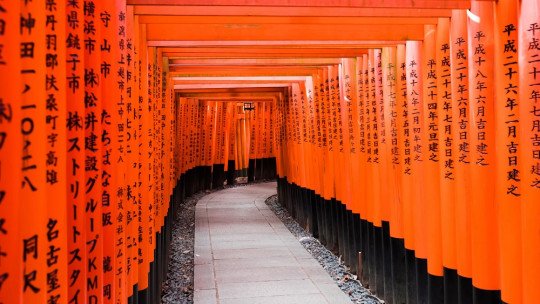 The frenetic pace of life today, together with the crisis situations that surround us and the need for speed and immediacy that our own awareness of Western culture transmits, makes us wander through life overly concerned. This entails immense psychological wear and tear and can lead to numerous mood swings.

However, would we be able to adopt a contrary position or state of mind? This is what Wu Wei proposes, an oriental philosophy that, through the &amp;quot;not action&amp;quot; or the natural flow, encourages us to understand problems in another way. From a very calm and slow perspective.

What is Wu Wei?

Of Taoist origin, Wu Wei is a powerful philosophical concept that can be translated literally as &amp;quot;not doing&amp;quot; or &amp;quot;effortlessly&amp;quot;. As a result of this translation we will be able to better understand what this current of thought consists of.

According to the Wu Wei philosophy, the best way to deal with a specific life situation or circumstance is not to act. However, this concept has been widely misunderstood in Western culture, since Wu Wei does not defend passivity, but rather the idea of not forcing the situation .

For the philosophy of Wu Wei, not acting does not mean doing nothing, but doing things without overexertion and through personal growth. In other words, this dynamic of oriental thought defends doing things in a simple and natural way, without seeking to pressure or force situations.

In defence of non-intervention

As we were saying, this philosophy is far from indifference or unconcern. According to Wu Wei, inaction is something that happens naturally . A very recurrent example is that illustrated by the growth of a plant. The plant grows through inaction, it does not force its growth; however, the plant continues to develop perfectly until it can even become a strong tree. On the other hand, if we look at those occasions when we try not to think or do something, we will see that this requires a great effort on our part. It is very complicated to want to do nothing, therefore, more energy is spent than we let go or flow.

This is why a large number of people who are initiated into meditation end up giving up. The western concept that has traditionally been held of meditation is to impose oneself not to think and to try to leave the mind blank, but this is impossible. However, if you would just let yourself be carried away by inactivity or &amp;quot;not action&amp;quot; you would concentrate and relax more quickly.

This idea of letting oneself go through the &amp;quot;not action&amp;quot; is what the Wu Wei philosophy proposes. It does not consist of remaining inert or indifferent, but in that in the moments in which we must do something to face a conflict, problem or decision, we do it while we flow. Wu Wei consists of a state of mind in which we are able to discern between what really requires effort and what that effort will only be a waste of our time and energy .

As a general rule, in our daily lives we are influenced by our state of mind and our disposition or mental condition, making all kinds of decisions based on these conditions and not rationally, taking into account only the facts.

All these concerns, tribulations, prejudices and worries are the direct antonym of the Wu Wei’s conception of the term flow. For example, when we think of a situation that we will have to face in the medium or long term, we allow ourselves to be influenced by intrusive ideas about what could or could not happen, imagining all the possible scenarios and wasting an immense amount of energy. All this is the opposite of Wu Wei.

As we have specified in the previous point, Wu Wei does not defend passivity, but on the contrary, the knowledge to do things in a spontaneous and natural way . Without letting ourselves be carried away by restlessness or uneasiness.

To be more precise, one of the most important principles of Wu Wei is that which literally says “nothing should be left undone”, only that the idea is to achieve all our goals with the least possible wear and tear.

In order to do so, we must change our way of dealing with situations, taking into account two basic aspects:

Following the principles of Wu Wei does not mean giving up our dreams in order not to face a series of challenges; but rather to remain alert to those opportunities that are presented to us and to take advantage of them in order to achieve our objectives with the least possible effort or wear and tear.

Likewise, Wu Wei defends that once the situation has passed or we have solved the problem we should not think about it , otherwise there is the possibility that we will remain anchored in it, wearing out our mental health and interfering in our capacity to perceive new opportunities.

The idea of Wu Wei is to keep our calm in spite of the conflicts or problems that may arise along the way, since sooner or later these will be resolved.

How can we practice this philosophy?

It is usual that, due to our culture and the rhythm of Western life, we are programmed to face situations as we do, with worries, haste and anguish . However, although it is complicated at first, if we decide to change these dynamics, we will be able to adopt the philosophy of Wu Wei and its benefits.

In order to do this we have to develop two basic skills in Wu Wei:

The first of these skills is to learn or get used to not worrying. This step does not consist in ignoring conflicts, but rather in putting things into perspective and giving them the objective importance they really deserve, in order to then develop the relevant coping strategies.

Finally, Wu Wei conveys to us the need to maintain confidence in the course of life and events, as well as in our own capacity to face them. This, and only this, is the only way to keep a clear mind and be aware of the opportunities that appear to us.